CRIPES at the International Association of Astacology Conference in Japan – IAA20

In September, Jo J, Rhidian and Dr. Fred Slater set off for the IAA20 conference in the Maruyama Zoo, Sapporo, Japan. The conference was held in the northern part of Japan on the island of Hokkaido.Travelling to Japan was a first for us all, but all went to plan and we had a fantastic conference, with many great talks and opportunities to meet crayfish researchers from around the world! Jo J received a student scholarship from the IAA.

Jo J and Fred had both attended several IAA meetings in the past, but this was a first for Rhidian, who had a great opportunity to meet those at the top of crayfish research before starting his PhD.

After arriving in Tokyo before the conference began, the first stop had to be the largest fish trading market in the world. For aquatic biologists, it was both an astounding and somewhat sad sight to see the vast quantities of fish, crustaceans and anything aquatic being traded on a daily basis. 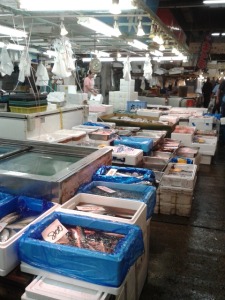 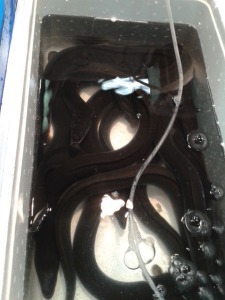 The opening session, chaired by Prof. Alastair Richardson included talks on the taxonomy and zoogeography of crayfish around the world, with several talks highlighting research on Euastacus crayfish species and how they may become adapted to increasing temperatures in their native ranges. The rest of the first day included discussion on the biology and phylogeny of freshwater crayfish.

On the second day of the conference, the morning session included an interesting session on invasive species issues and countermeasures in Japan, with particular focus on the problems associated with invasive raccoons. We also had the opportunity to examine the zoo’s captive Japanese crayfish (Cambaroides japonicus) breeding program set up.

During the afternoon, we escaped the city to examine the only native Japanese crayfish, C. japonicus in the field, a great opportunity to see these animals in their native, undisturbed habitat. 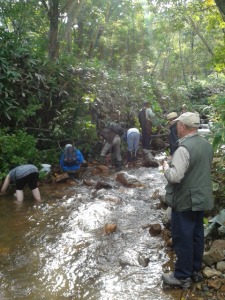 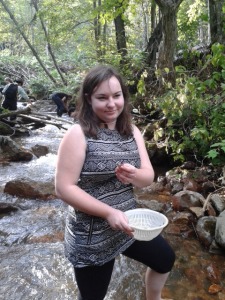 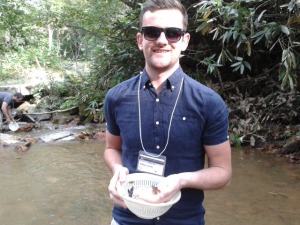 On Wednesday the 23rd, aspects of crayfish physiology and conservation were the focus of the talks, with Jo J presenting her work on branchiobdellids. The final day of the conference included talks on commensals and aquaculture, and in the final talk of the conference Rhidian presented his FYP/CUROP work on interactions between virile and signal crayfish.

All in all, a great conference, and a fantastic opportunity to meet crayfish researchers from around the globe. Looking forward to IAA21 in Madrid! 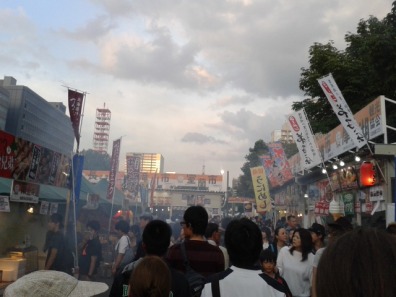 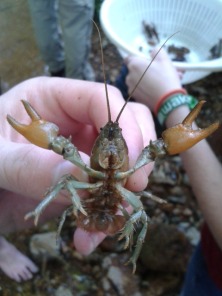